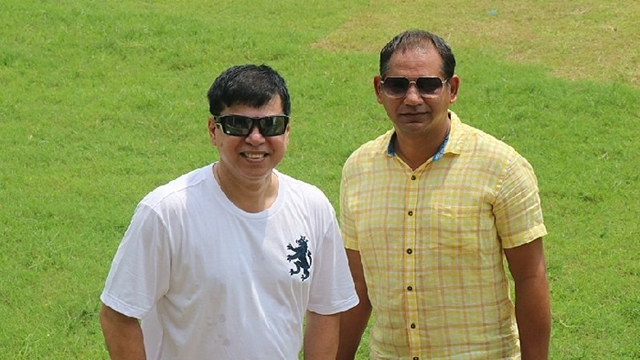 Bangladesh Cricket Board is unlikely to continue with the current selection panel as they mull a complete overhaul, BCB officials said on Tuesday.

Minhajul and Habibul Bashar were contracted till June 2019.

According to BCB sources, board's higher-ups decided not to renew the contract of Minhajul and Habibul Bashar and it is unlikely to change their decision unless something drastically happens before the next BCB directors meeting, scheduled on July 27.

Minhajul was expected to travel to Sri Lanka for the upcoming three-match ODIs, but was informed on Monday that BCB is not keen to send him to make an assessment on the team performance during their stay there.

The performance of the national selection came under scrutiny after the dismal performance of the Bangladesh A team in the ongoing series against Afghanistan A where the hosts lost the four-day series, and are trailing 0-2 in the five match series of the 50-over games.

However, Minhajul remained optimistic about his chances of continuing as the chief selector while adding that Bangladesh A teams performance should not be a criterion to judge their performance considering they had to make lot of changes just to prepare the BCB XI that is participating in the four-day competition in India.

"Actually we had to prepare our National team, BCB XI and A team. We had to divide A team in two parts because one of our team had to go to Bangalore to play four-day matches. We thought that the players who play better in the longer format are sent to Bangalore because that tournament is a very strong tournament," Minhajul told reporters.

And we lost abysmally in that tournament four years ago. In that way who are capable of playing the Test cricket are sent there to prepare for the future. They have played two matches and one match is going on today. They are playing well in that regard. The team is in good position today. We got some feedback from there which will help us in the future."

"We have divided the A team in two parts. You will also see some developing players here. It is difficult to prepare a strong side in this time as so many tournaments have come at once. With U-19 sides, 65 players are playing now for the last three weeks. Every player of the A team and the U-19 team are involved. We had to maintain the balance of every team.

"I have been in the panel for three years. I think I have done quite well. I have worked with the HP team, they are quite good and also worked with the A team. They play lots of matches. National team has also played good enough. If you look at the last year's performance we have won 52% of the matches. It's a big achievement. We have improved our ranking. We have done well in the longer version too. If I am given another opportunity of course I will do something better," he said

"It's a board decision (whether they will continue with me) it depends on them. If I continue of course I will try to do well," he said