Farmers get all supports to triple food production amid pandemic: PM 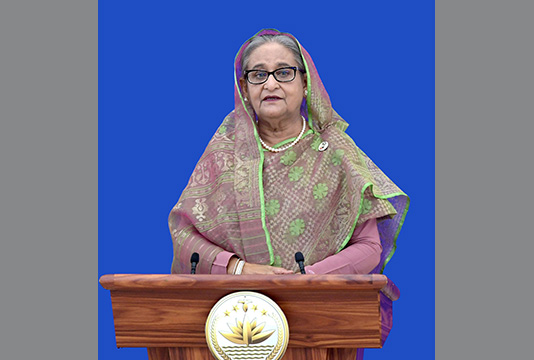 Prime Minister Sheikh Hasina said her government is extending all sorts of support to the farmers to help them grow more food in view of the ongoing Covid-19 pandemic alongside the measures to make sure that they (farmers) will have food in their houses.

“We’re giving all types of assistance to the farmers , including proper testing of soil, so that the food production of our country can be doubled or tripled to meet their growing demand,” she said in a video message marking the 49th founding anniversary of Bangladesh Krishak League (BKL) on Monday.

Sheikh Hasina, also the president of the Bangladesh Awami League, said that her government has taken steps so that the farmers have food in their houses and godowns.

“It can’t happen anymore that those who grow food will not get food or their children at home will have no food,” she asserted.

In her 7.46-minute video message aired by the state-run Bangladesh Television (BTV), the premier reiterated her call to the countrymen to follow the health guidelines properly to stay protected from the deadly coronavirus.

“Everyone has to abide by the health rules, wear masks, gargle (with warm water), take steam and maintain social distancing. By maintaining the health guidelines we have given, one can make sure his or her protection and thus ensure protection for others (from the coronavirus),” she said.

On the 49th founding anniversary of the BKL, an associate body of Awami League, Sheikh Hasina recalled with profound respect its founder Father of the Nation Bangabandhu Sheikh Mujibur Rahman and extended greetings to all the farmers and leaders and workers of the organization.

Elaborating her government’s measures for the welfare of the farmers, the prime minister said, her government has already made allocations of required money to give financial aid to the farmers hit hard by the recent natural calamities.

The government is giving importance to agriculture, she said, adding the agriculture-based economy will take the country forward as Bangladesh is mainly an agriculture-dependent country and agriculture is the largest medium of its development.

Sheikh Hasina also said that her government is focusing on industrialisation alongside the development of agriculture, including marketing of the produced goods and ensuring their exports.

She said that her government has taken necessary measures for the development of the farmers following the footsteps of the Father of the Nation. “And for this, the government has given every support to the farmers,” she added.

To this end, she said that the government has made an arrangement so that the ‘borga chashis’ (share cropers) can get collateral-free loan through the Krishi Bank.

Referring to shooting down of 18 farmers for demanding fertilizer during the BNP-Jamaat misrule, she said that the price of fertiliser was reduced to Taka 12 per kilogram which was Taka 90 during the BNP regime.

The prime minister said that her government has been working to make the agriculture mechanised in line with the goal of Father of the Nation so that the farmers can grow more food. “We’re giving 70 percent subsidy to this end,” she mentioned.

As part of the move to grow more food, she said, the government has taken all possible measures to reach quality seeds and agriculture equipment to farmers.

Sheikh Hasina said that the government has also given subsidy to ensure uninterrupted power supply to farmers for irrigation. “We’ve fixed the price of the agri produces so that the farmers can get their fair prices,” she said.

Noting that Bangladesh is a digital country, the premier said that farmers now can know easily necessary information relating to condition of crops and the soil through mobile phones.

The prime minister said that her government has attached topmost priority to research since assuming office in 1996. “Due to the research, newer varieties of crops, vegetables and fruits have been produced in the country and the research to this end is going on,” she said.

Sheikh Hasina said that improved seeds have been invented through research which helps the farmers grow more food with less labour.

The prime minister said that her party, Awami League, and her government are friendly to farmers as they grow foods for the countrymen by working hard defying all the odds including rain and thunder storm.

She said that leaders and activists of her party and its associate bodies including Chhatra League, Jubo League, Sewchhasebak League and Krishak League helped farmers, at her directive, to harvest their paddy when they were facing difficulties due to the outbreak of the coronavirus. 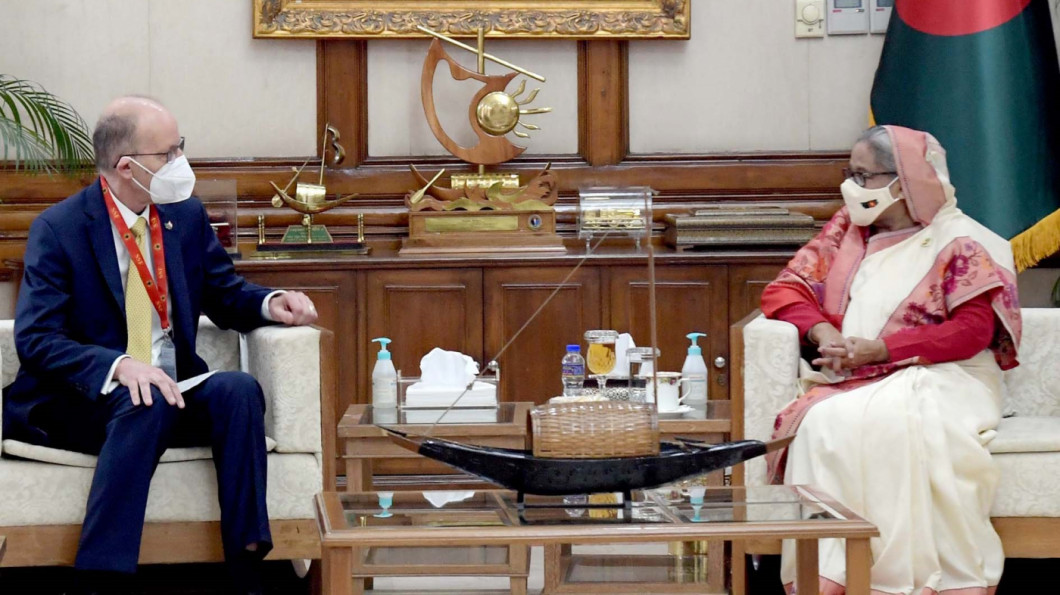