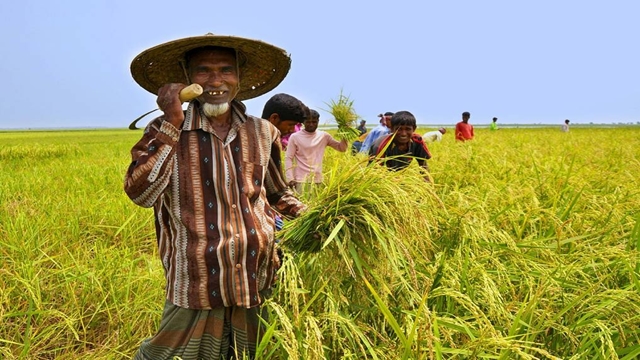 Bangladesh’s rice output from the summer crop is likely to hit 19.7 million tonnes, exceeding the target of 19 million tonnes, as farmers raised acreage to cash in on higher prices, a government official said.

The South Asian country emerged as a major rice importer in 2017 after floods damaged its crops, sending domestic prices to record highs.

Despite some losses due to heavy pre-monsoon rains, the summer crop will surpass the target, based on information from the fields, Mohammad Mohsin, director general of Department of Agriculture Extension, told Reuters.

The summer-sown crop, also known as ‘Boro’, usually contributes more than half of Bangladesh’s typical annual rice production of around 35 million tonnes.

Rice prices in Bangladesh jumped around 40 percent last year due to depleting inventory, forcing the government to seek supplies from Asian countries like India, Thailand and Vietnam.

“Farmers didn’t leave any land unplanted this season due to higher prices,” he added.

Last year, the country’s Boro rice crop fell about 5 percent from a year earlier to 18 million tonnes, the lowest in seven years.

Rice is a staple food for Bangladesh’s 160 million people and high prices pose a problem for the government which faces a national election this year.

In April, industry officials said Bangladesh’s rice imports could plunge 66 percent from a year ago to 1.2 million tonnes in 2018/19 on expectations of a bigger summer crop.

In August, the government cut an import duty on rice for the second time in two months. The lower duty has prompted purchases by private dealers, with most of the deals struck with neighbouring India.

Bangladesh imported a record of more than 3.7 million tonnes of rice in the July-April period, data from the country’s food ministry showed.