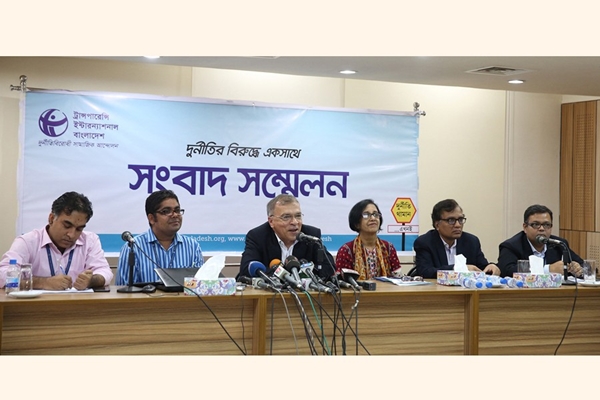 Transparency International, Bangladesh (TIB) found irregularities and nepotism in the relief programmes conducted by the government agencies in the flood-affected districts this year.

Even parts of the allocated relief fund were used in bearing the visiting costs of ministers in the marooned areas, TIB executive director Iftekharuzzaman told a press conference meant for revealing a study titled 'Preparedness for Fighting Floods 2019 and Observing Transparency in Relief Activities at its office in Dhaka city on Sunday.

The study covers ten most flood-affected upazilas under Jamalpur, Kurigram, Gaibandha, Bogura and Sylhet districts that witnessed the calamity between July and August of this year.

A staggering 86 percent of the flood victims in the shelters also said the relief was inadequate.

The study also cited that only Tk 20 to Tk 767 was provided to flood-affected families in different areas.

Nearly 0.1 million families incurred huge losses due to the flood that marooned 4.0 million people, according to the report.

Many families each got only 2.0 kg of rice during the flood time, it found.

A total of 119 people died in the flood, most of them by drowning.