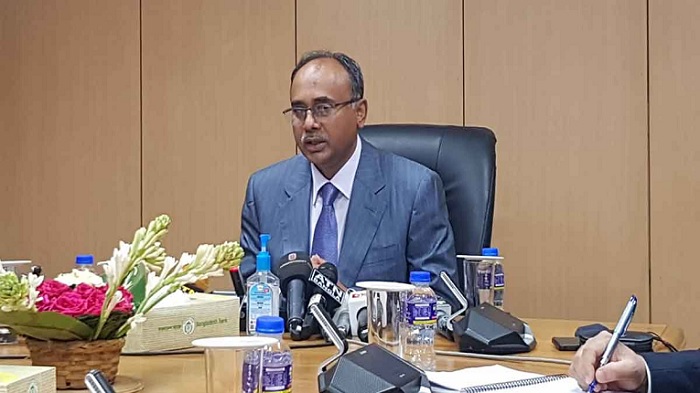 Abdur Rouf Talukder, the new governor of Bangladesh Bank, has said containing inflation would be his top priority.

The new governor also stressed the need for bringing back stability in the foreign exchange market by stabilising the exchange rate between the Taka and the US dollar.

He made the comments while delivering a speech at a press conference at the central bank headquarters in the capital on Tuesday.

Rouf Talukder joined the central bank as its 12th governor on Tuesday morning. He replaced Fazle Kabir, whose tenure ended earlier this month.

The new governor said he would deliver his best to ensure credit flow to the private sector and generate new jobs.

He also said the banking watchdog would work hard to help the government achieve the desired growth in gross domestic product.