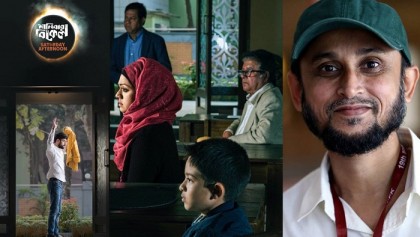 Farooki shared the news on his Facebook page on Tuesday.

He said, “Saturday Afternoon (Shonibar Bikel) has just won Kumamoto City Award from Fukuoka International Film Festival. I want to thank Fukuoka for selecting our film alongside some beautiful films.”

“I also want to thank Fukuoka audience who have voted for our film. Lastly, thanks to my team of cast and crew who worked incredibly hard to make this film a reality”, he added.

Shonibar Bikel is a Bangladesh-German co production film based on the Holey Artisan Bakery tragedy. The film had its world premiere at the Moscow International Film Festival 2019.