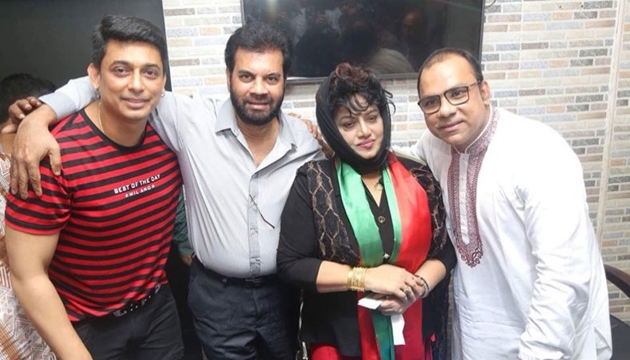 Bangladesh Film Artistes Association gave lifetime membership to renowned actress Anju Ghosh, who has been living in West Bengal of India for over two decades, at a programme held on Sunday at the BFAA office at Bangladesh Film Development Corporation.

‘I thank BFAA for honouring me. I am grateful to you for the love you have given me. I have many fond memories of BFDC. It saddens me to know that BFDC is no longer the place it used to be 20 years back’, said an excited Ghosh at the programme.

‘Anju Ghosh has made immense contribution to our film industry. She made a permanent place in the hearts of thousands of film lovers. We are happy to honour her with lifetime membership of film artistes association. We hope that she will come to Bangladesh more often’, said Misha Sawdagar.

While speaking at the programme producer Nader Khan proposed of making a new film named Josna Keno Bonobase, which will star Ilias Kanchan and Anju Ghosh in the lead roles.

In reply to the proposal Ghosh said, ‘I might return to acting, if I am offered good roles in films featuring atypical stories’.