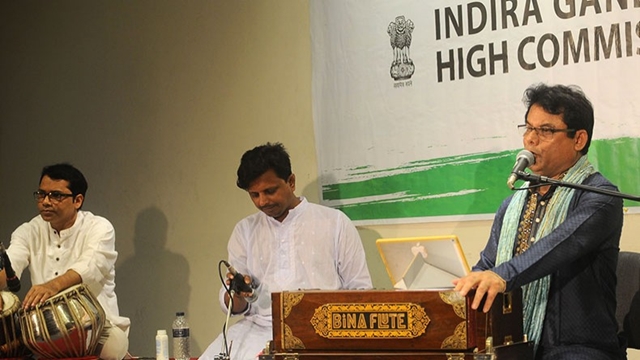 Kamal Ahmed commenced the event singing Tagore song Abar esheche Ashar. His soothing voice wafted around the whole jam-packed auditorium as the audience was presented with one Tagore song after another.

The singer was supported by Subir Ghosh on tabla, Rabius Choudhury on keyboard, Sunil Chandra Das on violin, Nasir Uddin on guitar and Shahadat Hossain Rony on percussion and mandira.