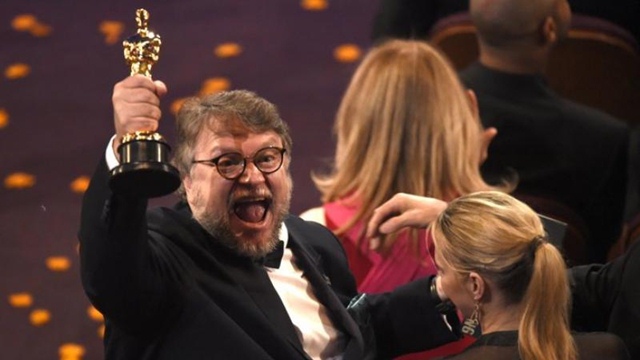 Mumbai: The 90th Academy Awards have come to an end, where 'The Shape of Water' was awarded the best picture Oscar.

In what had been considered the closest Oscar race in many years, the Guillermo del Toro directorial defeated strong competition from 'Get Out,' 'Lady Bird' and 'Three Billboards Outside Ebbing, Missouri.'

"I want to dedicate this, to every young filmmaker, the youth that is showing us how things are done. Really, they are. In every country in the world," the 53-year-old helmer said.

Frances McDormand won her second Oscar for her performance in “Three Billboards Outside Ebbing, Missouri.” McDormand asked all the attending female nominees stand up in the theater.

“Call Me by Your Name”
“Darkest Hour”
“Dunkirk”
“Get Out”
“Lady Bird”
“Phantom Thread”
“The Post”
“The Shape of Water” - winner
“Three Billboards Outside Ebbing, Missouri”

"Heaven is a Traffic Jam on the 405" wins Best Documentary Short.

Host Jimmy Kimmel opened with a monologue that mixed Weinstein punchlines with earnest comments about reforming gender equality in Hollywood. And of course, Kimmel — returning to the scene of the flub — dove straight into material about last year’s infamous best-picture mix-up.

“I do want to mention, this year, when you hear your name called, don’t get up right away,” said Kimmel. “Give us a minute.”

But while Kimmel spent a few moments on the fiasco known as Envelopegate, he expended far more minutes frankly and soberly discussing the parade of sexual harassment allegations in the wake of the revelations regarding Weinstein. Kimmel cited the industry’s poor record for female directors and equal pay.

Gesturing to a giant statue on the stage, he praised Oscar, himself for keeping “his hands where you can see them” and for having “no penis at all.” But Kimmel introduced the broadcast as “a night for positivity,” and cited, among other things, the box-office success of “Black Panther” and “Wonder Woman.”

“I remember a time when the major studios didn’t believe a woman or a minority could open a superhero movie — and the reason I remember that time is because it was March of last year,” said Kimmel.