Presidential election kicks off in Russia 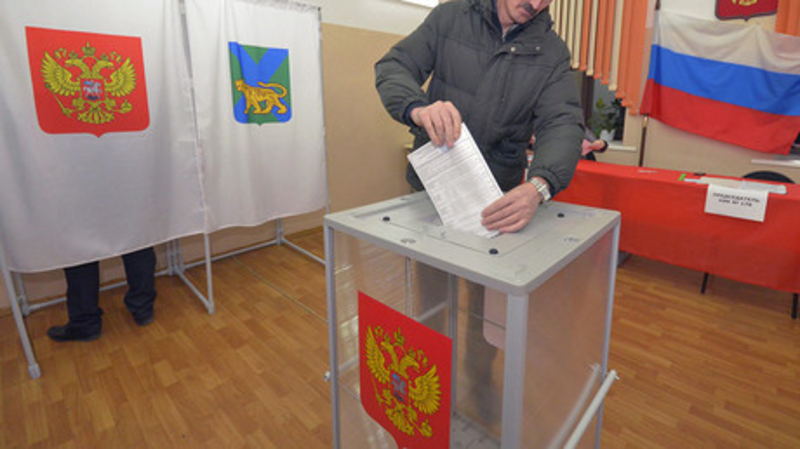 Russia's presidential election has begun in the Far East. Residents of the country's easternmost regions - Kamchatka and Chukotka - are the first to cast their votes.

Eighty-five Russian regions cover eleven time zones. While it is still Saturday night in most Russian regions, it is 08.00 a.m. Sunday in Kamchatka and Chukotka, when polling stations open the doors for voters.

At 03.00 Moscow time, the presidential election will kick off in the Trans-Baikal and Irkutsk Regions, and an hour later, in the Krasnoyarsk, Kemerovo and Tuva Regions. The regions of Altai, Omsk, Tomsk and Novosibirsk will open polling stations at 05.00 a.m. Moscow time to be followed by the Urals regions an hour later, at 06.00 Moscow time and by the Volga regions two hours later, at 07.00.

Polling stations will open at 08.00 a.m. in central and northwestern Russia and the North Caucasus. Residents of the westernmost Kaliningrad region will be the last to go to the polls, which will open at 09.00 there and close at 21.00 Moscow time.

Therefore, the first results will be made public across the country only later on.

Russia will hold its presidential election on Sunday, March 18. Eight candidates are running for the highest office in the Russian Federation.

Among them are: incumbent President Vladimir Putin; Pavel Grudinin, director of the Lenin State Farm (nominated by the Communist Party of Russia); TV personality and socialite Ksenia Sobchak (nominated by Civil Initiative); Sergey Baburin, head of the Russian People's Union party; Maxim Suraikin, chairman of the Central Committee of the Communists of Russia party; Boris Titov, chairman of the Party of Growth and Russian Presidential Envoy for Entrepreneurs' Rights; Grigory Yavlinsky, head of the Yabloko Party's federal political committee; Vladimir Zhirinovsky, leader of the Liberal-Democratic Party of Russia (LDPR).

The candidate to occupy the nation's highest post - the Russian presidency - is elected according to direct suffrage, which was introduced based on the results of a referendum on March 17, 1991. Any citizen not younger than 35, and who has been permanently residing in Russia for at least 10 years, is eligible to run for office of President of Russia.

According to Ella Pamfilova, the head of the Central Election Commission (CEC), some 1,500 foreign observers from 109 countries will be monitoring the presidential elections.

Some 13,000 journalists representing more than 2,400 Russian media outlets will be covering the elections. In addition, over 1,400 journalists, including 400 foreign reporters, will work at the CEC media center.

Once the voting ends, the district election commissions will open the ballot boxes with the observers watching the process, and count the votes. The returns will then be written down in the district commissions' statements of votes (SOV). The 2018 election will see the introduction of a new QR-code technology. Each SOV will bear a unique QR-code to be identified by a special scanner. This will help avoid mistakes in feeding data into the national automated vote-counting system - GAS Vybory.

The Central Election Commission shall approve of the election returns within 10 days.

In order to clinch a victory in the first round, a candidate has to receive more than half of the votes cast. Should none of the candidates collect enough votes, a runoff election would be called within three weeks' time for the frontrunner and the runner-up. A simple majority will determine the winner in that case. afp