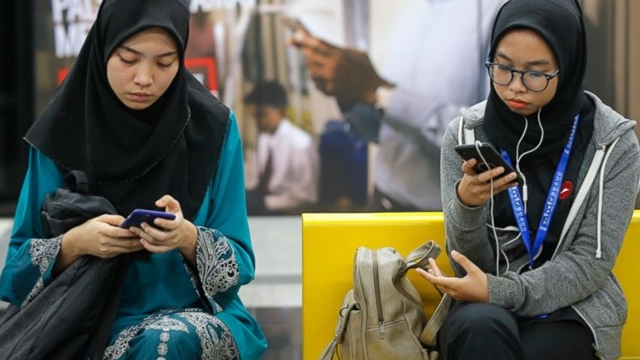 Malaysia's parliament on Monday passed a law prohibiting fake news that critics fear will be abused to silence dissent ahead of a general election.

Despite warnings such a law would lead Malaysia closer to dictatorship, the bill was approved 123 to 64 after a heated debate. The bill originally proposed a 10-year jail term and a fine of up to 500,000 ringgit ($128,000) for offenders, but the approved legislation sets the maximum prison sentence at six years.

Rights activists say the law appears aimed at shutting down discussion of a multibillion-dollar financial scandal involving Prime Minister Najib Razak, who is widely expected to call for national elections in the next few days.

They also fear the bill, which covers all media and extends even to foreigners outside Malaysia, could be used against critics of gerrymandering or other aspects of the electoral process after parliament last week swiftly approved controversial new constituency boundaries for the elections, which are due in August but widely expected soon.

"The existing laws are sufficient, why do we need one more act? This will see one step forward to dictatorship, this is more than autocracy," opposition lawmaker Lim Guan Eng told parliament.

Azalina Othman, minister in charge of law, said social media such as Twitter and Facebook have acknowledged they are unable to monitor fake news on their platforms. She said the bill gives power to the court, not the government, to decide what is fake news.

"No one is above the law. We are all accountable for our actions," she said.

Government officials have accused the opposition coalition of using fake news to win votes and warned that any news about the indebted 1MDB state fund that has not been verified by the government is fake.

The U.S. and several other countries are investigating allegations of cross-border embezzlement and money laundering at 1MDB, which was set up and previously led by Najib to promote economic development, but which accumulated billions in debt. The U.S. Justice Department says at least $4.5 billion was stolen from 1MDB by associates of Najib, and it is working to seize $1.7 billion taken from the fund to buy assets in the U.S., potentially its largest asset seizure ever.

Najib, who denies any wrongdoing, has fired critics in his government and muzzled the media since the corruption scandal erupted three years ago.

Support for Najib's ruling coalition has dwindled in the last two elections. In 2013, it lost the popular vote for the first time to the opposition. Yet analysts say Najib is expected to win a third term due to infighting in the opposition, the unfavorable electoral boundary changes and strong support for the government among rural ethnic Malays.

Other Southeast Asian countries, including Singapore and the Philippines, have also proposed laws to clamp down on fake news. ap