'Trust Me' on Brexit: British PM 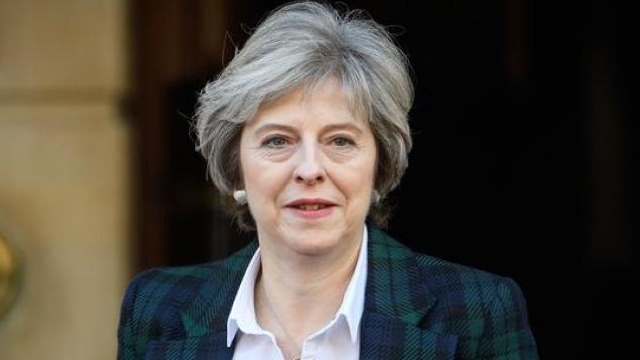 British Prime Minister Theresa May insisted Sunday she could be trusted to deliver a good Brexit deal as she tried to mend government rifts over the best way forward.

May's Conservative administration is divided on what sort of customs agreement Britain should have with the European Union after it leaves the bloc.

But the prime minister insisted: "You can trust me to deliver", as she attempted to ease the tensions.

"The path I am setting out is the path to deliver the Brexit people voted for," she wrote in The Sunday Times newspaper.

"Of course, the details are incredibly complex and, as in any negotiation, there will have to be compromises.

"I will need your help and support to get there. And in return, my pledge to you is simple: I will not let you down."

May said she had proposed different options for a new customs arrangement with the EU and the government would continue to work on them during the negotiations.

She said her mission in the talks was to build a new, close trading relationship with the EU, put Britain in full control over its immigration policy and taxpayer spending and build closer ties with the world's emerging economies.

She said any deal must protect the United Kingdom's constitutional and economic integrity and honour the Northern Irish peace accords.

"Any agreements must create as little friction as possible for trade," she said, adding: "We must not constrain our ability to negotiate trade agreements with other countries around the world by being bound into a customs union."

Last year, London put forward two options to ease cross-border trade with the EU but, with Brexit looming, has still yet to make a final decision on which to pursue.

May's preferred option, the customs partnership, was reportedly rejected at a meeting of her senior ministers last week, while Brussels has also condemned it as "magical thinking".

The model would involve Britain collecting EU tariffs on goods heading into the bloc but charging its own on UK-destined products.

A second option, "maximum facilitation", would involve using technology to minimise customs checks, but the EU has also cast doubt on its viability.

A decision is not expected for at least another week, but the clock is ticking ahead of a crucial EU summit in June.

The Sunday Times said May's article was "an appeal for unity as she enters another perilous phase of her premiership".

The main opposition Labour Party called Sunday for parliament to be given the chance to vote on a customs union. afp