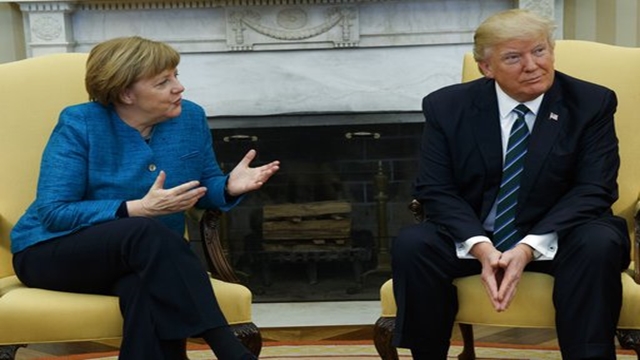 US President Donald Trump will hold a one-on-one meeting with German Chancellor Angela Merkel at the NATO summit on Wednesday, the White House said.

The encounter comes after Trump launched a furious attack on Germany at the start of the alliance gathering, bitterly criticising Berlin for not spending enough on defence and accusing it of being “captive” to Russia for
energy.

After Merkel, Trump will meet French President Emmanuel Macron. Both meetings are expected to be held behind closed doors.

Trump got the two-day NATO summit in Brussels off to a divisive start with his furious rant over breakfast with Secretary General Jens Stoltenberg.

He said Germany was “a captive of Russia because it is getting so much of its energy from Russia”, taking aim at the proposed Nord Stream 2 gas pipeline, which he has previously criticised.

The US leader also demanded Germany step up its defence spending “immediately”, saying plans to increase budgets over the coming years are not enough.

Trump has long complained that European NATO members do not pay enough for their own defence, accusing them of freeloading on America and singling out Germany for particular criticism.