UK, US agree to pursue ‘ambitious’ trade deal after Brexit: May 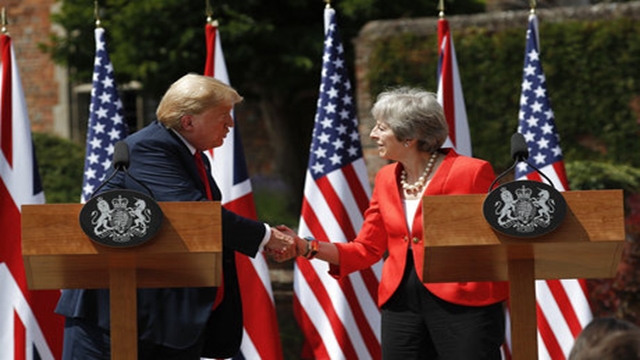 “We agreed today that as the UK leaves the European Union, we will pursue an ambitious UK-US free trade agreement,” she told a joint press conference, a day after Trump skewered her Brexit strategy and said it could “kill” prospects for a trade deal with the United States.