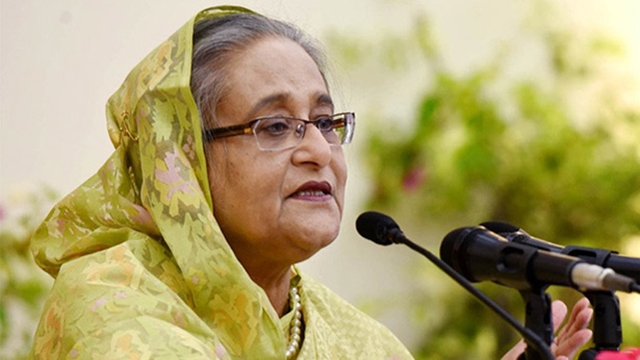 Prime Minister Sheikh Hasina has urged the international community to put pressure on Myanmar to take back the forcibly displace Rohingyas.
She made the request at the inaugural ceremony of Islamic Development Bank regional office at Hotel Radisson on Sunday.
Bangladesh has opened its border for the Rohingyas for the sake of humanity, she said.
We knew that it would have adverse impact on the economy but we allowed them to come in, she added.
Since Aug 25 last year, over 0.7 million Rohingyas fled to Bangladesh to save themselves from the atrocities of Myanmar military which had a ‘genocide intention’ to root out the population from Rakhine.
The Prime Minister later inaugurated the IDB regional office in presence of IDB Presdient Bandar MH Hajjar.
The new office will replace IDB field representative office and it is expected the decision making process will be much easier when it will be operational.