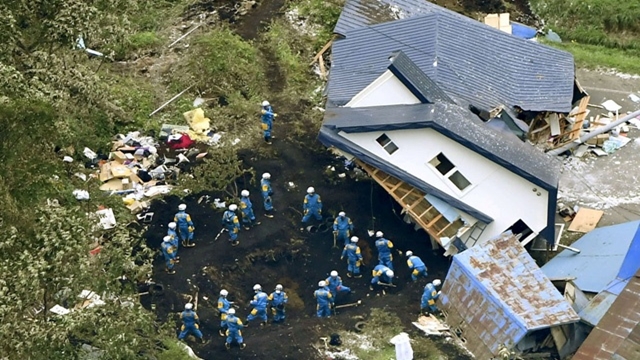 The death toll from a powerful earthquake in northern Japan last week rose to 44, with 660 injured, the government said on Monday, as electricity supply remained short and top automaker Toyota suspended work at most of its assembly plants.

he pre-dawn, 6.7-magnitude quake on Thursday temporarily paralyzed the island of Hokkaido, cutting off access by air and train and knocking out power to an island the size of Austria, Reuters reports.

About 2,500 people remain in evacuation centers, according to Fire and Disaster Management Agency, after landslides buried houses and rain at the weekend loosened soil in a further threat to unstable houses.

Yoshihide Suga, the top government spokesman, said a team of about 40,000 Self-Defense Force troops, police, firefighters and others were working on clearing debris and other clean-up operations. There were no more missing residents, he said.