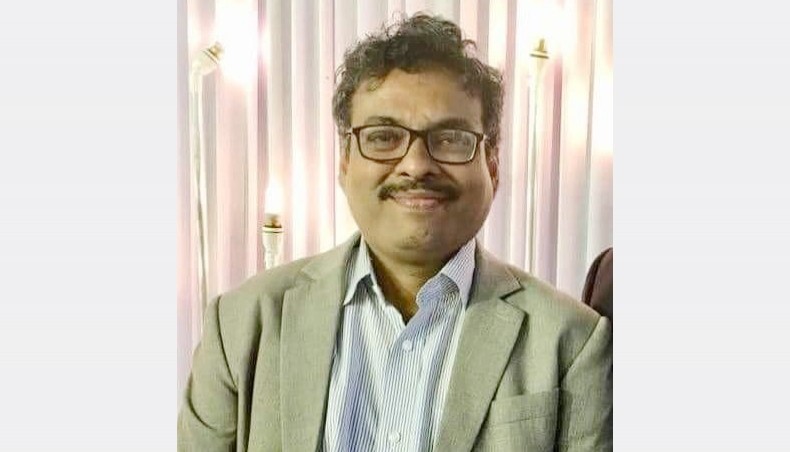 Mizanur Rahman Khan, joint editor of vernacular daily the Prothom Alo, died on Monday evening after a long battle with deadly coronavirus. He was 53.

He said the journalist tested positive for coronavirus on December 2 last year and he was first admitted to Gonoshasthaya Nagar Hospital on December 5.

He was shifted to the Universal Hospital on December 10 as his condition worsened and given treatment at the ICU of the hospital.

The journalist was put on life support on Saturday as his condition deteriorated further and the doctors declared him dead this evening.

Mizanur is survived by wife, two sons, one daughter, mother and a host of relatives and admirers to mourn his death. He was the eldest among the nine children of his parents.

Mizanur Rahman took up journalism as his profession in the late 80s by joining a Barishal daily.

He worked in various capacities in different media houses in his long career.

He earned a reputation through his interpretative reports and columns on legal issues.

His third janza will be held at the Jatiya Press Club around 11 am and then his body will be brought to the Prothom Alo office.

Finally, Mizanur will be buried at Mirpur Martyred Intellectual Graveyard after Zohr prayers.

In a condolence message, he prayed for the salvation of the departed soul and conveyed deep sympathy to the bereaved family members.

Hasan Mahmud said books authored by Mizanur Rahman made people interested to learn more about the constitution and the government.

He will be remembered through his works, the minister said.

DRU current general secretary Mosiur Rahman Khan is one of the younger brothers of Mizanur.

'The Finance Today' editor Md Motiur Rahman said, "I will never forget his kindness. May Almighty Allah give him eternal rest and also give his family the strength to bear this great pain.

"Remembering his wonderful and gentle soul will forever remain in our hearts. May he rest in peace!" he added.