Six memoranda of understanding (MoU) were signed during a bilateral meeting between the foreign secretaries of Bangladesh.

The bilateral meeting was held at state guesthouse Padma in Dhaka.

On behalf of the Indian side, the Indian High Commissioner Harsh Vardhan Shringla signed the MoUs. From Bangladesh side the officials of different ministries concerned have signed.

Among the MoUs, one was signed for establishing Rabindra chair at Dhaka University, three for Shiliguri-Parbotipur pipeline for importing petroleum from India, one each for establishing computer laboratories at 509 schools under small development projects and development of roads under Rangpur City Corporation. 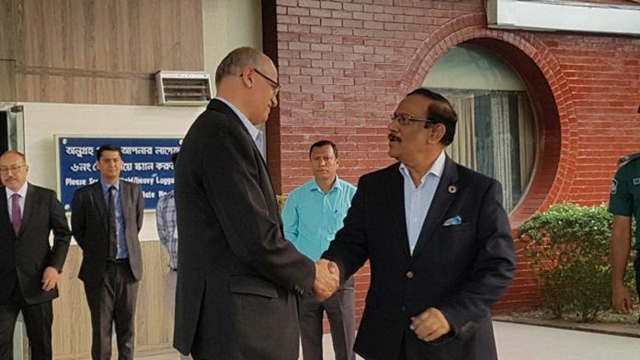 The Indian foreign secretary said this in a statement after a bilateral meeting at state guesthouse Meghna.

Vijay Gokhale arrived here on Sunday afternoon on a two-day visit to attend the meeting.