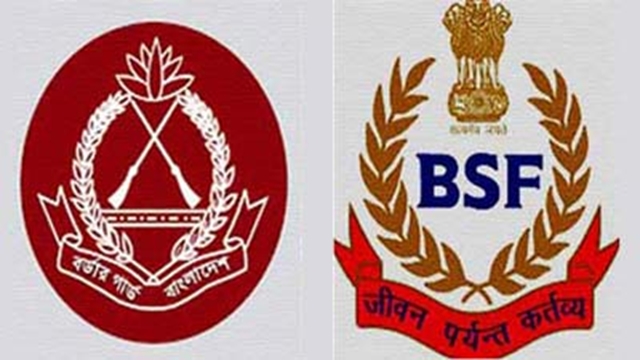 A director general (DG) level conference between Border Guard Bangladesh (BGB) and Border Security Force (BSF) of India began on Tuesday at the BGB headquarters at Pilkhana in Dhaka.

High officials of BSF headquarters and Indian home and external affairs ministries are among the delegation.

As part of the conference, a friendly Kabaddi match between BGB-BSF was held at Fazlur Rahman Khandker, Bir Uttam, auditorium in the BGB headquarters on Monday.

The agenda of the conference include - firing, killing and injuring unarmed Bangladeshi citizens at bordering areas, abduction or arrest of Bangladeshi citizens, intrusion through border, smuggling of ammunitions, arms and explosives, contraband drugs including phensidyl and yaba tablets, liquors, ganja, heroin, construction within 150 yards of international border and construction of Effluent Treatment Plant at Indian part of Akhaura ICP.

A joint record of discussion will be signed on April 26. The Indian delegation will also visit different places of historic interests.

Besides, BGB and BSF director generals will inaugurate joint retreat ceremony at Banglabandha ICP in Panchagarh district at 3pm on April 27.

Indian delegation is expected to leave Bangladesh on that day.