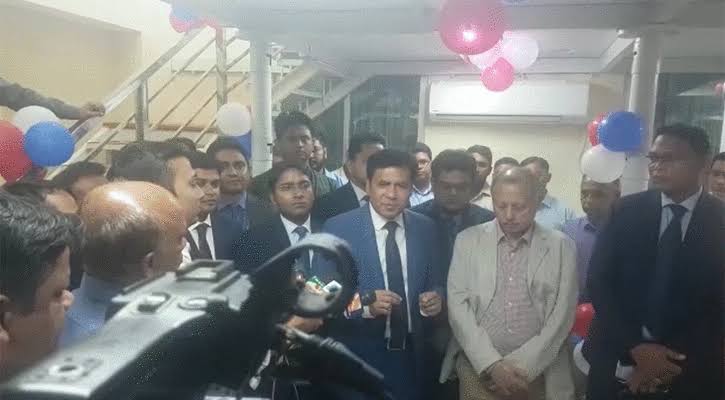 Deputy Commissioner of Chattogram Mohammad Mominur Rahman has dismissed a newspaper report on carrying out investigation into the wealth of S Alam Group.

He made the dismissal replying to a query from reporters in the port city on Tuesday.

Referring to the telephonic conversation with The Daily Star Chief Reporter Partha Pratim Bhattacharjee, the DC said, “I told him during the call yesterday (Monday) that nobody from the Prime Minister’s Office gave us any directive to investigate the assets of S Alam Group or any other corporate house. Neither land ministry nor any other government department issued us any such order.”

He expressed his ignorance of the development cited in the report headlined “Probe S Alam Group assets” with subhead “PM orders amid allegation of overvaluation of land” published in The Daily Star on Tuesday.

According to the newspaper report, Prime Minister Sheikh Hasina has ordered an investigation into the affairs of S Alam Group for its alleged excessive borrowing from the banking system.

“Ahmad Kaikaus, the PM's principal secretary, has directed the Chattogram's deputy commissioner to look into the assets of S Alam Group against which loans were taken. He also sought valuations of the assets. In turn, the DC has instructed all assistant commissioners (land) in the Chattogram division to investigate the matter,” the report reads.

However, DC Mominur said, “We haven’t received any directive from the PMO or any other authorities in this regard. We haven’t asked any officials to launch investigation. I don’t know how The Daily Star has published the report and where they have received the information from.”

He also said they will issue a rejoinder in this regard.

He said the newspaper misquoted him in the report as no telephonic conversation took place on the issue.

“The Daily Star has resorted to falsehood by attributing me in the report. I didn’t talk to the reporter of the newspaper on the phone. Besides, the PMO hasn’t issued any order to investigate the property of any corporate house as mentioned in the report.”