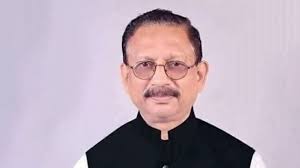 According to the election results received from 354 polling centres, out of total 735, Rezaul got 1,32,785 votes while BNP mayoral candidate Dr Shahadat Hossain bagged only 17,290 votes.

The difference of votes between the two mayoral candidates of the two major political parties was growing larger with the election results coming from centres.

A total of 5,902 presiding and assistant presiding officers and 10,261 polling officers were appointed for holding the election with EVMs.

“The election that we have seen in the media and the reports from our control room - I would say it was a good election,” he said while addressing a post-poll press conference at the EC in Dhaka.

“But in the two centres, some unruly people carried out an attack as they don’t want the voting through EVMs. The voting was postponed because EVMs were damaged there,”

“Voting was held in a very nice way in the rest of the polling centres.”

A total of 20,000 law enforcers have been deployed to hold a peaceful election in Chattogram, he said.

Sources said several incidents of clashes took place between supporters of candidates during the voting, leaving a youth dead and at least 50 others injured.

A clash ensued between supporters of AL-backed councillor candidate Wasim Uddin Chowdhury and his rebel contestant Mahmudur Rahman outside Ucef Ambagan School centre at Pahartali ward around 10:00 am.

Both the groups threw brickbats and vandalised vehicles during the clash. At one stage of the fighting, shots were fired, leaving Alauddin and several others wounded.

They attacked his supporters over establishing supremacy in the morning, Mahmudur alleged.

On information, members of law enforcement agencies rushed to the spot and brought the situation under control.

Besides this, supporters of AL-and BNP-backed candidates also clashed at Patahrghata ward in the afternoon.

They vandalised EVM machines, doors, windows and vehicles of security personnel at that time.

Police picked Bali for quizzing after the incident and voting at the centres was postponed.

Besides, another youth was stabbed to death by his elder brother in Bara Quarter area in the morning. The deceased was identified as Nizam Uddin Munna, 25.

Moreover, Munna was working for the former councillor and AL rebel candidate Saber Ahmed while his brother Salauddin Kamrul for AL-backed candidate Nurul Amin in the election.

Salauddin stabbed Munna to death over the conflicts near their residence at around 8:00 am on Wednesday.

Apart from these incidents, the polling was held in peaceful manner at most of the centres since the morning.

Although presence of voters was thin in the morning, it started increasing with the day growing.

Voters also didn’t face any problem to cast votes with EVMs, he said.

While visiting Patenga Islamia Fazil Madrasha Centre, it was found that security measures were tightened.

A voter, Mohibur Rahman Miazi, said he could cast his vote without any problem at the centre. Regarding the voting process, he observed that there is no similarity with the voting they witnessed earlier.

However, an allegation is rife that the ruling party men forcibly cast votes forcibly at some centres.

Islami Andolon Bangladesh nominated mayoral candidate Jannatul Islam boycotted the election in the afternoon. He alleged that their agents were driven out from the polling centres by the ruling party men.

AL mayoral candidate M Rezaul Karim Chowdhury expressed his confidence in winning the race after casting his vote at Aklasur Rahman Government Primary School Centre in Bahoddarhat area around 9:00 am.

“I visited different polling centres and saw that voters were casting votes willingly,” he said.

Rezaul announced that he would welcome the election results whatever it will be. Earlier, he offered dua at graveyard of his parents before going to polling centre.

BNP mayoral candidate Dr Shahadat Hossain told a press conference in the afternoon said they had to take part in a contest with police instead of Awami League.

Police didn’t take any step when the ruling party men drove out their agents, he alleged.