Sheikh Hasina among top 50 in Forbes Most Powerful Woman 2021 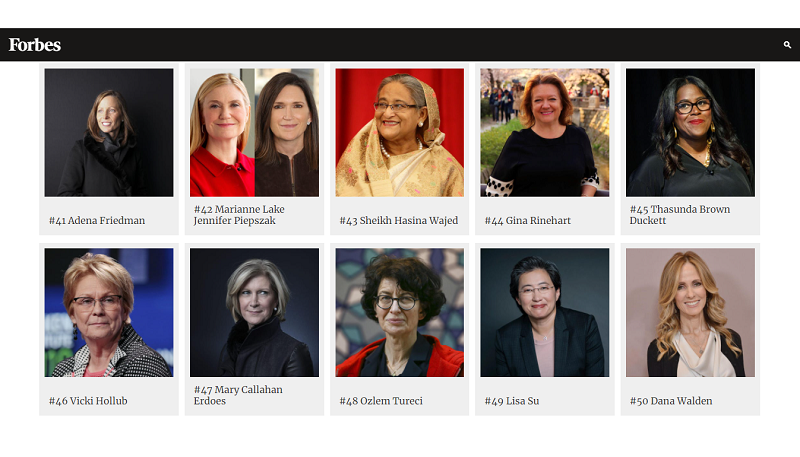 The ranking was published on Tuesday.

Other notable mentions include Melinda gates at #5, European Commission President Ursula von der Leyen at no. 8, American host Oprah Winfrey at no. 23, and New Zealand Prime Minister Jacinda Ardern at no. 34.