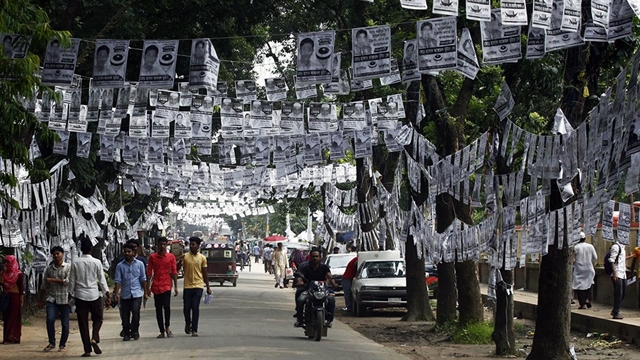 Despite a handful of allegations of irregularities - including shortage of ballot papers, stuffing ballot papers and violation of electoral rules, voting in the Gazipur City Corporation (GCC) elections was overall peaceful.

“Voting was suspended over allegations of ballot stuffing, attempts to occupy the centres and clashes between supporters of rival candidates,” the Gazipur DC told reporters in the afternoon.

Voters were unable to cast their votes at Mogorkhal High School in Mogorkhal of Chondogram, in Gazipur, from 10am to 12pm.

The papers, however, arrived after 12pm, he said.

One Irfan Hossain, a BNP agent stationed at booth no 1 of the polling centre at Madinatul Ulum said that they had no voter list and he could not verify the voters or identify if anyone cast a fake vote.

Presiding Officer Mohammad Saidul Islam of the polling centre however, denied the allegations.

No BNP agents in polling centers

The BNP had not assigned any polling agent for the Kanaya Government Primary School voting centre, where AL’s mayoral candidate Mohammad Jahangir Alam was a voter.

Although agents of all councillors were present at the centre, no agent from any mayoral candidate except Jahangir was present there.

“No one probably applied as it is Jahangir Alam’s own area. I will do my best to make the voting fair,” he said.

BNP’s mayoral candidate for Gazipur City Corporation Hasan Uddin Sarker alleged that many of his agents were beaten up and driven out of different polling centres since voting began in the city.

He said he will accept the election results if polls are held in a fair manner.

According to a written complaint filed by Hasan, AL supporters were found stuffing ballots in around 450 booths in 67 centres.

The returning officer, however, denied the allegation and claimed that voting took place in peaceful manner.