BNP to draw global attention to push for Khaleda’s release 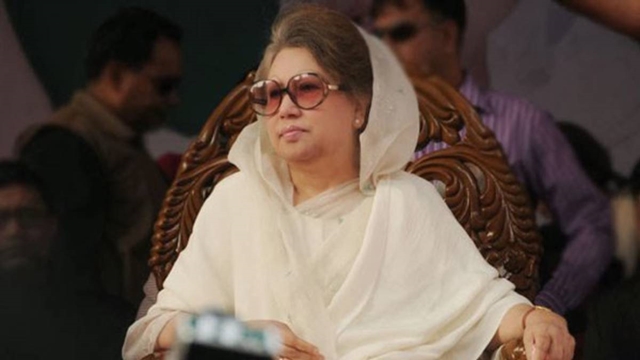 BNP has decided to draw the attention of the international community to the issue of its Chairperson Khaleda Zia’s release and proper treatment.

Party secretary general Mirza Fakhrul Islam Alamgir informed journalists about the decision after a meeting of its standing committee members at the party chairperson’s Gulshan office.

“We’ve taken a decision to inform the democratic countries about the issue of our leader’s release and her health condition. We’ll also take necessary steps to bring it to the international community that she has been unfairly kept in jail,” he said.

Referring to the rejection of Khaleda’s bail petition by the High Court in Zia Charitable Trust corruption case, Fakhrul said the ‘negative’ order of the apex court has strengthened their perception that the judiciary now cannot work independently.

“The government is ‘regulating’ the judiciary. So, it has become a bit uncertain as to whether we’ll get justice,” he observed.

On July 31 last, the High Court denied bail to Khaleda in the Zia Charitable Trust graft case in which she was sentenced to seven years’ rigorous imprisonment by a lower court.

Fakhrul said they have also decided to continue to hold their party’s divisional rallies to intensify their movement demanding the release of Khaleda. “As the government doesn’t allow taking any programme in August, we’ll begin it on September 1 marking our founding anniversary.”

BNP held divisional rallies in Barishal, Chattogram and Khulna last month to mount pressure on the government to free Khaleda from jail.

About dengue outbreak, he said experts are saying the situation will deteriorate further in the next one month, but the government is yet to procure any effective insecticide to annihilate mosquitos.

He said the dengue-affected patients are not getting proper treatment at the hospitals. “We demand the government take steps for providing free treatment to the dengue-infected people.”

The BNP leader said their meeting denounced the government’s failure and indifference to ensure the fair prices of the rawhides.

He said they also blamed the ruling party business syndicate for the drastic fall in the prices of rawhides. “They did it to destroy the leather industry. We urge the government to take immediate steps to save this industry.”

Fakhrul said their meeting also discussed the programmes chalked out to celebrate their party’s founding anniversary.