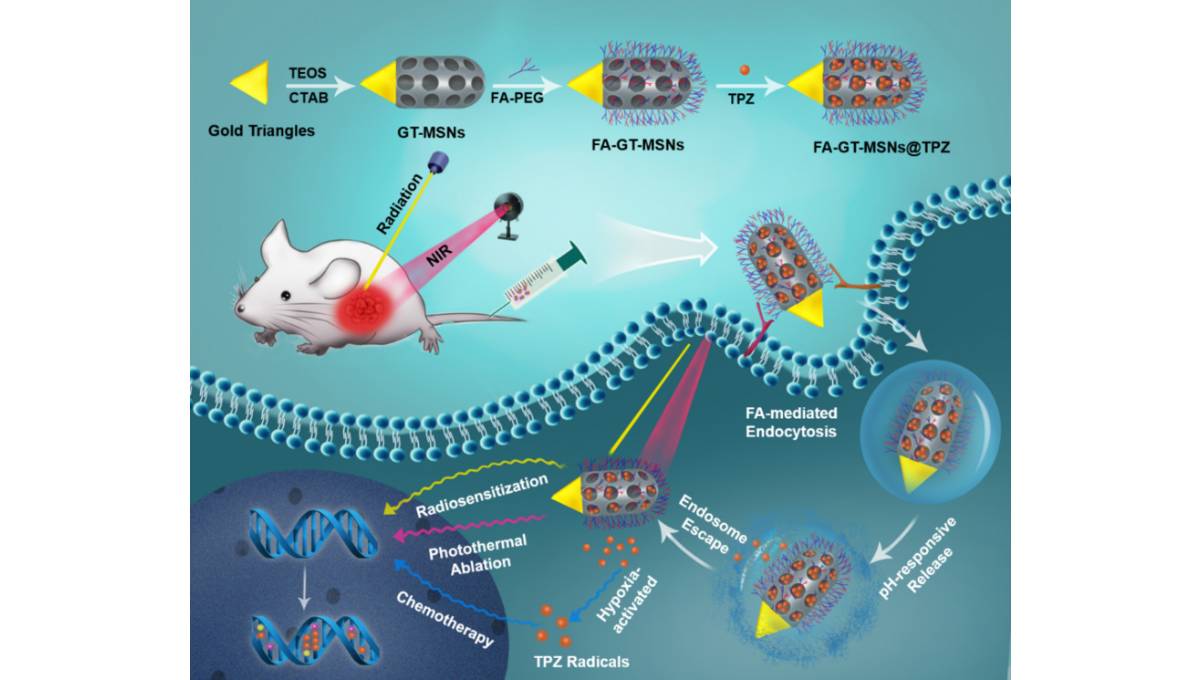 Chinese scientists have developed a nanometer material that can be used for liver cancer treatment, according to the Suzhou Institute of Biomedical Engineering and Technology under the Chinese Academy of Sciences Wednesday.

Integrated with radiotherapy, the material provides an efficient and safe strategy for treating liver cancer, said scientists with the institute.

Radiotherapy, which is a standard means of cancer treatment, plays an important role in the clinic. However, hypoxic microenvironments are prevalent in solid tumors. Such tumor tissue is not sensitive to radiation, often allowing some cancer cells to survive and risk tumor recurrence.

For a long time, researchers have been looking for a new method to improve therapeutic effects and enhance radiosensitivity in hypoxic environments, so as to completely eradicate tumors.

Scientists at the Suzhou Institute of Biomedical Engineering and Technology fabricated a nanoparticle made of silicon dioxide and gold. The new nanomaterial, about 200 nanometers long and 100 nanometers wide, reaches tumor tissues by intravenous injection and can also be loaded with telazamine, a drug that enhances anti-tumor effects in the absence of oxygen.

Experiments on mice with liver cancer have shown that the newly developed nanoparticles enhance the sensitivity of tumor tissue to radiation, and that the photothermal effect of gold is also effective in fighting tumors. In addition, carrying tirazamine can effectively supplement the poor effect of radiotherapy on hypoxic tumor tissues, producing toxic substances in hypoxic environments and killing cancer cells.

"The material provides a new form of anti-tumor therapy. We will continue to study the effects of nanomaterial in the fight against breast cancer, lung cancer and other cancers. If it works equally well, the new material will have broad application prospects," said Dong Wenfei, a researcher with the institute who led the study.

A paper on the results of the research was published in the journal ACS Applied Materials and Interfaces on Sept. 25.