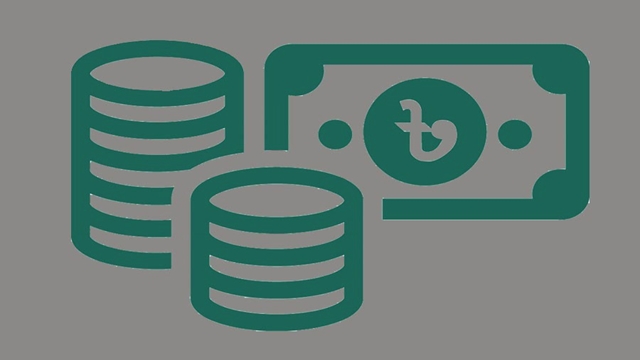 The capital base of banks weakened slightly last year, due mainly to the increased non-performing loans (NPLs), officials said.

The overall capital-to-risk weighted-asset ratio (CRAR) of all the banks operating in Bangladesh came down to 10.50 per cent on December 31, 2018 from 10.83 per cent on the same day the year before, according to the latest statistics of the Bangladesh Bank (BB).

Besides, the banks failed to achieve required CRAR at 11.875 per cent by the end of 2018 in line with the Basel-III framework.

"The banks had kept aside more money from their capital for maintaining provisioning requirements against their classified loans," a senior BB official told the FE while explaining the capital shortages of the banks.

"Overall capital base of the banking sector weakened slightly as some banks mostly public ones failed to maintain their regulatory capital requirements mainly due to their higher NPL growth," another BB official noted.

Ten banks, six owned by government, suffered a total capital shortfall worth over Tk 266.90 billion in 2018 as growing classified loans wiped out their profits.

Nine banks suffered a total capital shortfall of over Tk 194.67 billion in 2017 on the same ground.

The CRAR of PCBs was found, on average, 12.80 per cent as on December 31 last while the CRAR of nine foreign commercial banks stood at 26 per cent.

However, the capital position of public banks is still a matter of concern, a central banker argued.

Talking to the FE, Syed Mahbubur Rahman, chairman of the Association of Bankers, Bangladesh (ABB), said the banks failed to meet the required CRAR in 2018 mostly for the public banks.

Mehmood Husain, MD and CEO of NRB Bank Limited, said higher risk-weighted-asset along with NPLs has pushed down the overall CRAR in the banking sector.

The CRAR of six SoCBs stood at 1.87 per cent as on December 31 last calendar year while the CRAR of two SBs was in the negative territory at 31.75 per cent, the BB data showed.

Bangladesh started implementing the Basel-III standard for calculation of CRAR of all banks in the first quarter of 2015 for consolidating stability in the banking sector.

Under a roadmap to comply with the Basel-III, the banks were required to maintain 11.875 per cent CRAR by the end of 2018.

Of the 11.875 per cent CRAR, 10 per cent is minimum capital requirement was achieved, leaving a shortage of 1.875 per cent capital conservative buffer that was maintained partially, the central banker explained.

"We're persuading the banks which failed to maintain capital requirement continuously to meet their capital shortfall as early as possible," the BB official said while replying to a question.

Basel-III is a new global regulatory standard on banks' capital adequacy and liquidity as agreed by the members of the Basel Committee on Banking Supervision.

The third of the Basel Accords was developed in response to deficiencies in financial regulation revealed by the financial crisis of the late 2000s.