Chhoto Kaku this time in Savar 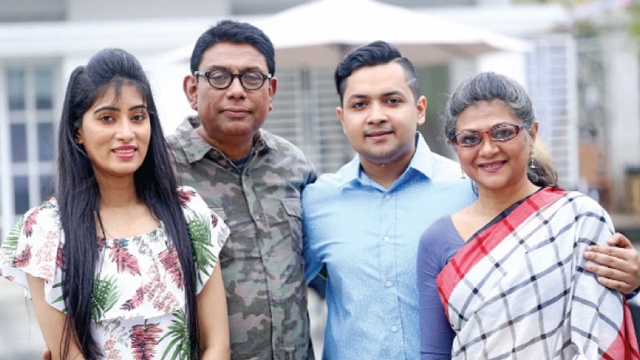 A special telefilm titled ‘Ebar-a Savar-a’, the latest episode of the popular TV series ‘Chhoto Kaku’, based on a story by Ekushey Padak-winning writer Faridur Reza Sagor, has been produced to be aired on the upcoming Independence Day.

Like the previous times, seasoned actor-director Afzal Hossain has directed the telefilm and played the titular character, Chhoto Kaku as well.

DhakaLive has news that the shooting of ‘Ebar-a Savar-a’ took place at a resort of Uttara in the capital.

Along with Afzal Hossain, the cast of the telefilm includes Shampa Reza, Rubol Lodi, Tanveer Hossain Probal, A K Azad Shetu, Dipannita, Shayan Chowdhury and Munia and Keya, among others.

With playing a character in this telefilm, renowned actress Shampa Reza has worked under Afzal Hossain after a long hiatus. She enjoyed the shooting a lot, the actress said.

“Afzal Hossain has been a friend of mine for a long time. It is always a pleasure in spending time with him. It was excellent working under his direction after a long time and I had a lot of fun,” said Shampa.

“The picturisation of ‘Ebar-a Savar-a’ was really wonderful. Afzal always gives attention to details for which work gets done very well,” the actress added.

‘Ebar-a Savar-a’ is scheduled to telecast on March 26 on Channel i.