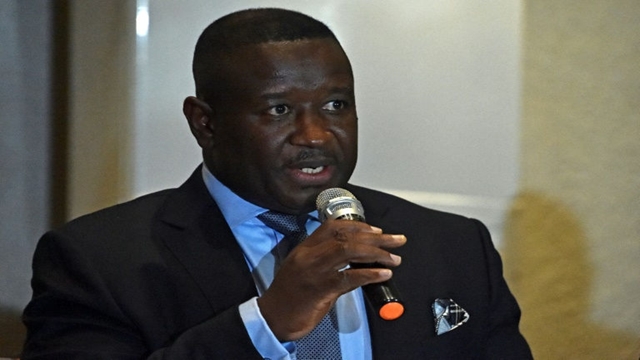 Bio, a former junta leader, won by just 15,000 votes in the March 7 first round,but failed to attain the 55 percent of ballots needed to win outright, triggering a runoff. Turnout was over 80 percent. The SLPP candidate has accused the APC of using police intimidation against his party and the electoral commission, and of sponsoring a court case alleging electoral fraud in order to cling to power.

Police have reported a string of attacks on candidates and supporters on both sides since the first round, making voters nervous ahead of polling day.

"I'm just pleading to the two aspirants, Julius Maada Bio and Samura Kamara, to come out and explain things so their supporters should be calm," said market vendor Emmanuel Kalokoh.

"All we need is just peaceful elections and I hope, in the name of God, everything is going to be calm on Saturday," he added.

Bio was clear that "nothing" more would get in the way of the vote after a four-day delay caused by court proceedings.

Sierra Leone, which emerged from a brutal civil war in 2002, has remained largely peaceful since then.

However, flare-ups occur around election time, and memories of a conflict in which more than 50,000 died remain vivid.

The country's High Court on Monday lifted an injunction imposed on Saturday that halted the runoff, as the APC alleged some ballots were tampered with.

International and domestic observers hailed the March 7 vote as fair and credible despite some organisational hitches.

Kamara has declared himself "satisfied" with the court decision, and reiterated calls for a peaceful vote.

"The safety and security of Sierra Leone is in our hands. We should not allow an election to undermine our integrity," he said.

The decade-long rule of outgoing president Ernest Bai Koroma was marked by the 2014-16 Ebola crisis, which killed almost 4,000 people, and the deadly mudslide that hit Freetown in 2017, killing at least 400 more.

"This country has gone through civil war," said voter Mohammed Alpha Bah. "We have gone through a mudslide... We don't want any fight in this country anymore. All we want is a peaceful election, a transition of democratic government."

Some candidates and supporters have used ethnic slurs at campaign rallies, and the police and international observers have raised concerns over such rhetoric in recent weeks.

The APC broadly relies on the Temne and Limba people in its northern strongholds,while the SLPP is more popular in the south with the Mende ethnic group.

Kamara has presented himself as a continuity candidate who will expand the road network and build on limited improvements to health care instituted by Koroma.

Bio, who lost to Koroma in 2012, has meanwhile criticised the government's closeness to Beijing and has said his first priority would be universal education until the secondary level.

Depreciated prices for Sierra Leone's export goods and the flight of foreign capital following the Ebola crisis have left their mark on the economy, and poverty is deeply entrenched. afp