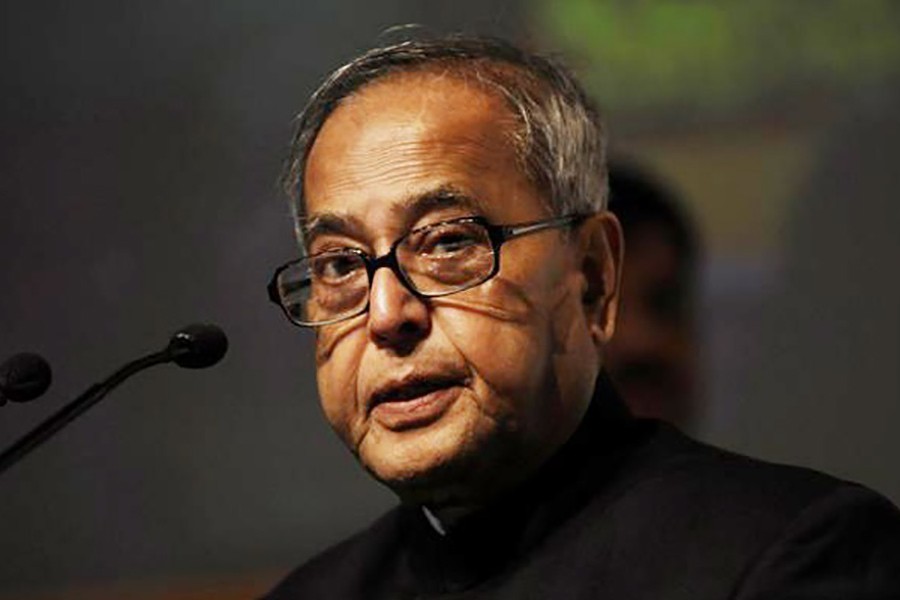 Veteran Congress leader and former Indian president Pranab Mukherjee, who was under treatment at a hospital, died at 84.

The stalwart of Indian politics breathed his last on Monday (August 31) at the army hospital in Delhi.

The elder statesman and one of most respected politicians of India had been in coma after a brain surgery earlier this month.

"With a Heavy Heart, this is to inform you that my father Shri Pranab Mukhejrjee has just passed away in spite of the best efforts of doctors of RR Hospital and prayers, duas and prarthanas from people throughout India! I thank all of You," his son Abhijit Mukherjee tweeted.

This morning, the army hospital in Delhi had reported a decline in his condition. He had gone into septic shock due to his lung infection, the Army's Research and Referral Hospital had said.

He developed a lung infection and a renal dysfunction over the past few days, according to doctors, reports NDTV.

Mukherjee, President of India had undergone an angioplasty, a procedure to open blocked or narrowed coronary arteries, at the same hospital in 2014, according to a Hindustan Times report. He had not contested the 2017 Presidential election citing “advanced age and failing health”.

Mukherjee served as India’s 13th President from 2012 to 2017, and was succeeded by Ram Nath Kovind.

Mukherjee had been a Cabinet minister in the United Progressive Alliance government, handling the portfolio of external affairs and finance on separate occasions.