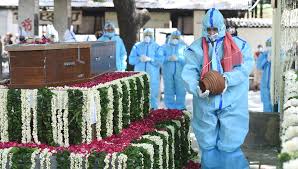 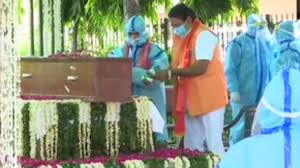 His son performed his last rites. 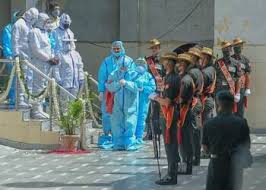 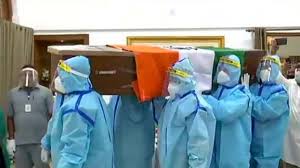 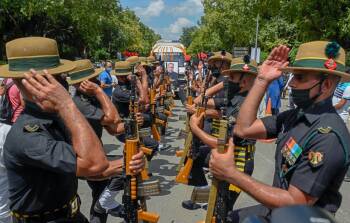 An Army contingent gave a guard of honour and a gun salute to the former president.

Earlier in the day, leaders from the entire political spectrum paid their last respects to the senior Congress leader at his Rajaji Marg residence. 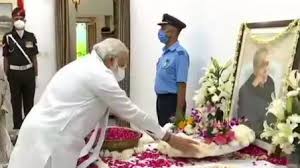 Former prime minister Manmohan Singh, Rahul Gandhi and members of the Congress party were also seen paying tribute to the veteran leader, who served as the president of the country from 2012 until 2017.

The 84-year-old died on Monday at the Army Hospital Research And Referral in the Capital’s cantonment area. He had been admitted to the hospital on August 10 following a fall at his home. He underwent a surgery to remove a clot in his brain.

He was since then in a coma and was on ventilator support. After the leader’s health condition declined in the morning, his son Abhijit Mukherjee later in the evening announced the news of his death on Twitter.

The Indian government has announced a seven-day mourning period for the Bharat Ratna awardee. The national flag will fly at half-mast at all buildings throughout the country through the week.