Trump shifted to military hospital on advice of doctors 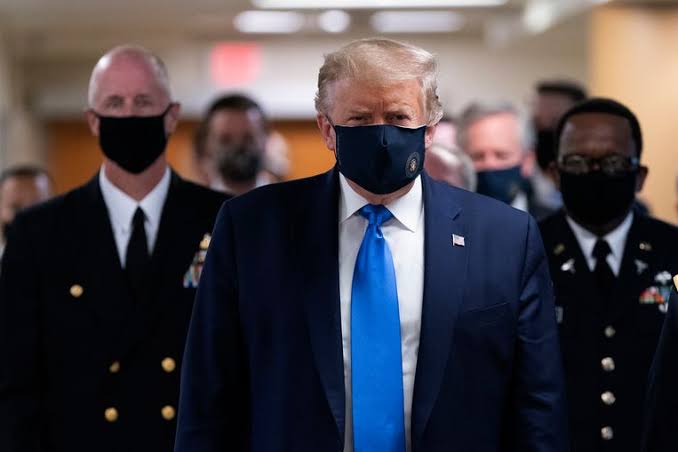 Donald Trump has been transported to a military hospital on the advice of his doctors out of an "abundance of caution" after testing positive for COVID-19, the White House said.

The US president will work from Walter Reed Army Medical Centre in Bethesda, Maryland "for the next few days," the White House said.

Trump is "fatigued but in good spirits", his doctor said in an earlier statement on Friday, adding that the US president is receiving a cocktail of experimental antibody drugs as a "precautionary measure".

Trump, 74, confirmed in a post on Twitter on Friday morning that he and his wife Melania Trump, 50, will self-isolate for two weeks after testing positive for coronavirus.

They were tested after one of his aides tested positive for the virus. Chief of staff Mark Meadows told media outside the White House that the president had "mild symptoms."

The first lady later said that she felt "well" despite "mild symptoms", and hoped for a speedy recovery for herself and her husband.

"Thank you for the love you send us. I have mild symptoms but I feel overall fine. I look forward to a quick recovery," she wrote on Twitter.

Joe Biden, the Democratic candidate for president, said he and his wife had tested negative for the virus. Biden attended a debate with Trump on Tuesday evening.

"I hope this serves as a reminder: wear a mask, keep social distance, and wash your hands," Biden tweeted.

In an earlier tweet, he said his thoughts were with the president: "We will continue to pray for the health and safety of the president and his family."

Trump's aide Hope Hicks, 31, tested positive for the disease on Thursday. She acts as a counsellor to the president.

She has travelled to numerous events with the president this week, including the first presidential debate against Democratic nominee, former vice-president Joe Biden in Ohio on Tuesday and a campaign rally in Minnesota on Wednesday.

Trump attended a number of events with crowds and officials the week before he tested positive, with some pointing to last Saturday's nomination of Amy Coney Barrett to the Supreme Court. At least two people who attended the event have since tested positive for the virus, US media reported.

Trump came under fire in September after he admitted he deliberately downplayed how deadly the virus was. The claims were made in a book by Pulitzer-prize-winning journalist Bob Woodward after taped interviews with the president.

Trump has been openly sceptical about the benefits of wearing masks, including making remarks at the first presidential debate where he chastised Biden for wearing one. "I don’t wear a mask like him. Every time you see him, he’s got a mask," he said.

The president's doctor Sean Conley released a statement on Thursday, saying the Trumps "are both well at this time, and they plan to remain at home within the White House during their convalescence".