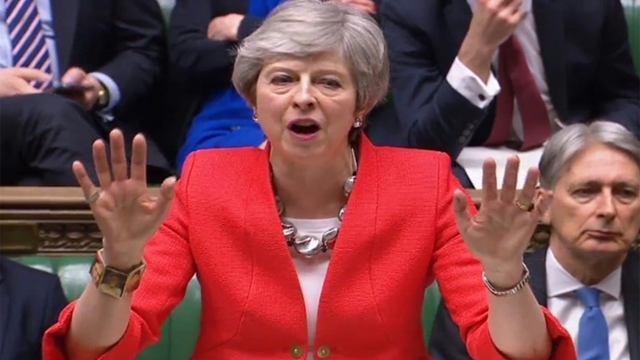 British MPs resoundingly rejected Prime Minister Theresa May's Brexit deal for a second time on Tuesday, plunging the country into further uncertainty just 17 days before it is due to split from the European Union.

The House of Commons voted 391-242 against the divorce deal, even after May secured further guarantees from Brussels over its most controversial elements.

The move risks unleashing economic chaos, as Britain is scheduled to end ties with its biggest trade partner after 46 years on March 29, no matter what.

Appearing before MPs in a voice half-breaking due to a cold, May defiantly vowed to fight on, saying she "profoundly" rejected the outcome.

"The deal we've negotiated is the best and indeed the only deal," she told the hushed chamber moments after the vote.

May promised to allow MPs to vote on a "no deal" option on Wednesday and, if that is rejected as expected, to decide on Thursday whether to ask the EU to delay Brexit.