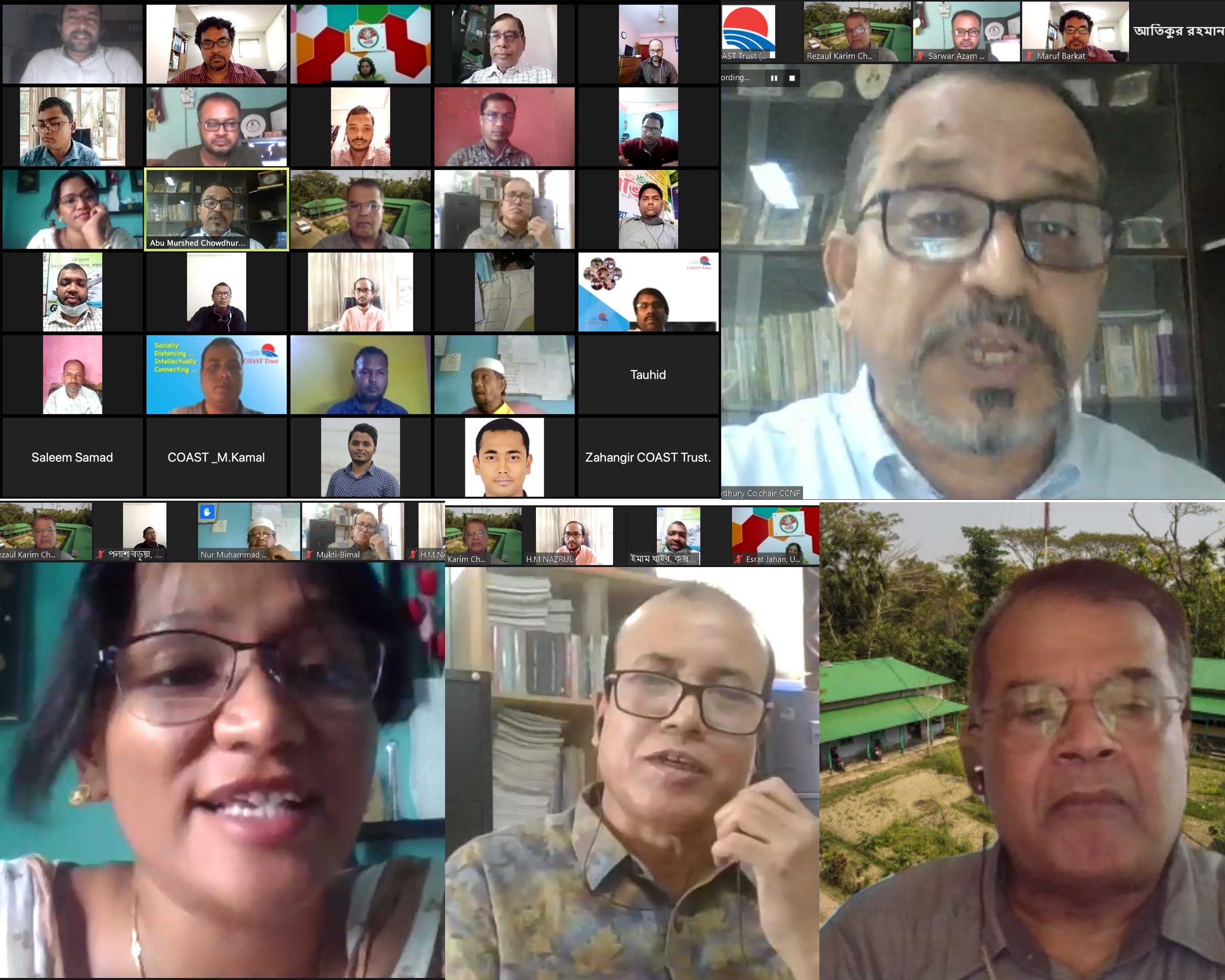 They have also questioned ISCG and UN role in distribution of CERF, which they termed as top- down and pre decided matter. None of the Coxsbazar origin NGO have received the fund.

UN Central Emergency Response Fund (CERF) has recently allocated 3 million dollars (about 250 crores Taka) for COVID19 repose in Bangladesh. UN has selected partners for this emergency fund based on an ambiguous process. There were no open competitions, local organizations has not been given any opportunity.

The press conference were attended by media personalities from both Dhaka and Coxsbazar.

Mr Abu Morshed Chowdhury said that, UN and ISCG has given little time and putted a lot of conditionality which has bar the local NGOs to apply. But from the discussion with high officials it is already understood that who will get funding it is already decided somewhere in top.

He also said that International NGOs should bring fund from their own origin country, they should not raise fund or compete with local NGOs in Bangladesh and Coxsbazar. In future all Rohigya response fund should be decided in Coxsbazar level with the involvement of local administration.

Mr. Bimol Chandra Dey Sarker said that, due to language and process barrier there are very little access of local NGOs in ISCG process.

He said that CCNF was proposing proportionate funding from CERF for local, national and international NGOs. Since the beginning CCNF was raising the issue of aid transparency and disagreed figures and also technology and know-how transfer to local actors.

Mrs. Sheuly Sharma said that, UN leaders have had commitment for localization in Rohingya response, they have formed LTF (Localization Task Force) assigned CPJ (Centre for Peace and Justice) of BRAC University to give a report on localization road map, but it is almost passed two years but there is little result.

INGOs and UN agencies often gave excuse of lack capacity of local NGOs, but now it is the matter of capacity exchange or convergence, they should not deny that all above local NGOs will not fly while they will not have funding, they will remain here as a part of the local community.

Mr. Rezaul Karim Chowdhury mentioned that, during 2018 there a was good example of ISCG and CCNF jointly organized public forum with local NGOs and local government on JRP, but present ISCG leadership avoided to cooperate in this regard while proposal was given from CCNF.

CCNF leadership pro-actively tried to have meeting on JRP and other issues but response was very little.

He also said it is the rights of the Rohingyas and locals to raise questions on how much of the aid in fact has reached to the refugees.

Government of Bangladesh should protect the interest of local NGOs, host community including the interest of Rohingya refugees on having control and ensuring transparency over fund and management.