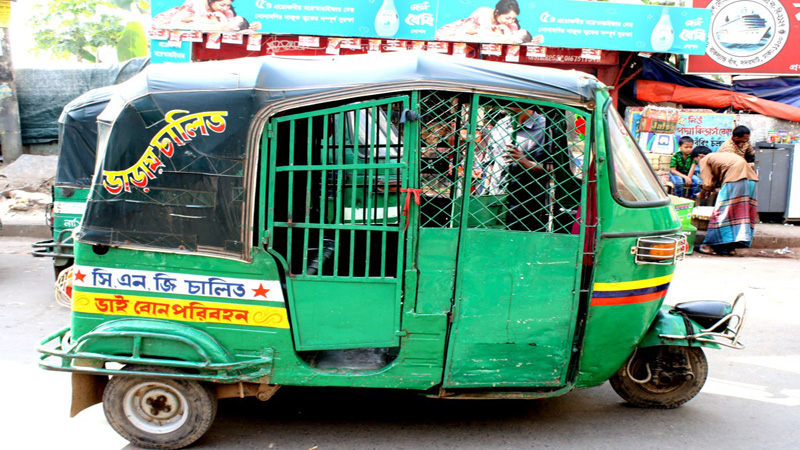 The process began on Apr 1 at the BRTA Ekuria office in Dhaka and on Apr 12 at its Baluchara office in Chattogram.

The replacement work will be completed according to schedule and is proceeding ‘quickly’, Masud, the convener of the Expired Four-Stroke Three-Wheeler Scrapping Committee told.

The Roads and Highways Department recently wrote to the BRTA to replace the 13,000 expired autorickshaws over 15 years old in Dhaka by September and in Chattogram by July.

The BRTA was also asked to begin the work at multiple locations in both metropolitan cities to speed up the process.

The BRTA has formed an Expired Four-Stroke Three-Wheeler Scrapping Committee headed by two deputy-directors in Dhaka and Chattogram to handle the matter.

More than 3,000 autorickshaw owners have applied for replacement as on Apr 25, BRTA officials said.

A total of 920 autorickshaws have been purged as of Thursday and at least 70 are being scrapped a day, they said.

However, some of the vehicles are awaiting a specialist examination as their chassis and engine numbers are not clearly visible.

The registration of new autorickshaws is proceeding simultaneously with the scrapping of the old ones. At least 150 new autorickshaws have been registered with BRTA Mirpur office, while 63 have done with its Ekuria office, BRTA officials said.

BRTA officials say it has issued an advert with the vehicle numbers in newspapers following the application from autorickshaw owners. The owners then came to BRTA with their vehicles and had them scrapped after an examination.

The gas cylinders, chassis numbers, and number-plates of the old autorickshaws were being removed.

It was then sent to the excavator to crush the autorickshaws. The owners took back the remains to sell them as scrap metal.

Cylinders from the scraped autorickshaws were kept aside as the BRTA will require the help of the Department of Explosives to dispose of them told Assistant Director Shamsul Kabir.

Although he has received a licence for new autorickshaws, the process will still cost him about Tk 1 million, said Mohammed Liton, an owner who disposed of two old autorickshaws.

Deputy Director Masud Alam said the BRTA has the full information regarding all autorickshaw owners.

"Owners are getting a new registration done with their old documents once an old autorickshaw is purged,” said Masud Alam.

He said already 250 new autorickshaws have already begun operating on the roads.

Autorickshaw sales and servicing centres in Moghbazar have been busy with installing hood, bumper, light casing, and other decorations for the new autorickshaws as owners of new vehicles stream in after the replacement process.

“New autorickshaws are more powerful than the old one as they have a 205cc engine instead of a 170cc engine,” said Bazlur Rahman, owner of Runa Auto Centre.

Owners of autorickshaws older than 15 years applied to the Ministry of Road Transport and Bridges to extend the lifetime of the three wheelers.

However, the drivers have demanded their replacement, calling the gas cylinders in old autorickshaws ‘moving bombs.’

The BRTA wrote to the Mechanical Engineering Department of Bangladesh University of Engineering and Technology (BUET) on Nov 13 to know if the extension is possible.

However, after examining the autorickshaws, the BUET turned down the extensions on Mar 6.