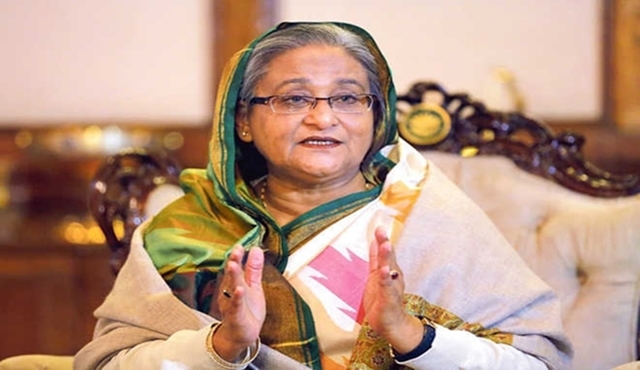 Prime Minister Sheikh Hasina on Wednesday appreciated the public servants for realising the ultimate goal of the government and working to take the country to the height it wants to see.

"You have realised what we want, what the goals we want to achieve and the level we want to take the country. Being able to realise this and implement this is the main thing," she said.

The Prime Minister said this at a function in her office  marking the signing of the Annual Performance Agreement (APA) of  ministries and subordinate bodies 2018-19 fiscal at the International Conference Center (ICC) at her office.

She said her government wants to advance the country fast. "We want the country to be prosperous and developed getting free from corruption, militancy, terrorism and drugs. That is our ultimate goal," she said.

Sheikh Hasina said  the height Bangladesh has attained in the world arena has to be maintained in the coming days. "We have to maintain that and we have to keep that in mind."

About the implementation of the Sustainable Development Goals (SDGs), she mentioned that like the Millennium Development Goals (MDGs) these will also  be achieved. "We will surely be able to show our skill in implementing that and we are taking programmes keeping that in mind," Hasina said.

The Prime Minister said the APA makes the officials responsible up to the grassroots level which helps complete the development works in a specific timeframe and people will enjoy its benefits.

She thanked the secretaries for signing the Annual Performance Agreement soon after passing the budget in Parliament saying it will help implement the development projects in a faster way.