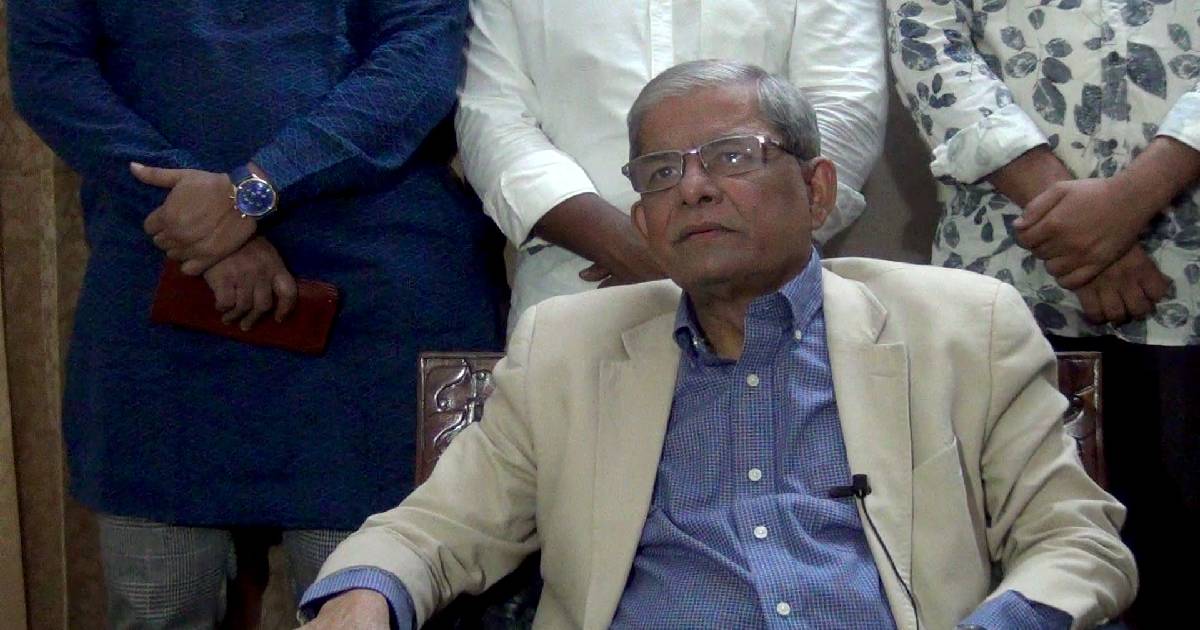 “They (Awami League) think themselves as masters—they’re the masters of the state. This has become their problem and they want to keep everything under their control,” he said while responding to a question from reporters at his residence in Thakurgaon.

Awami League even wants to control how a political party will run its affairs though the constitution has guaranteed the right of all political parties to stage protest and hold meetings, he added.

Citing Awami League general secretary Obaidul Quader’s statement that BNP does not have the courage or strength to hold meetings without seeking permission, Fakhrul said Obaidul Quader is suffering from “mental disorder”.

The BNP secretary general said permission is required from Public Works Department (PWD) to hold meetings at Suhrawardy Udyan and from the police to do that on any street.

“The government comes up with one excuse or another for giving permission and gives its consent at the last minute. Then it becomes very difficult to successfully hold any meeting,” he said.