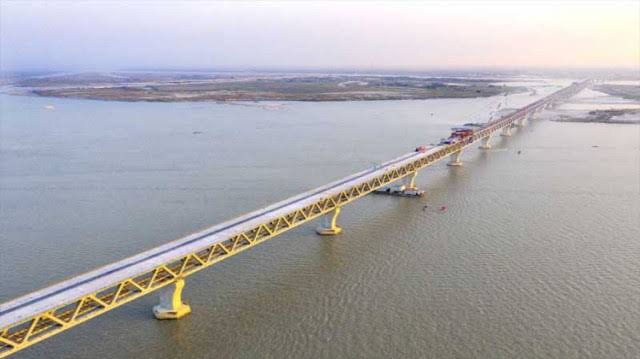 The government has finalised tolls for vehicles crossing the Padma bridge, a step closer to its planned inauguration in June.

The tolls will be effective from the opening of the bridge, the government said in a notice on Tuesday.

Bangladesh’s longest bridge connecting Dhaka to southern districts is expected to open to traffic in June.

According to a gazette notification issued by the Bridges Division, Tk100 has been fixed as the toll for motorcycles, Tk750 for cars and jeeps, Tk1,200 for pickup trucks, and Tk1,300 for microbuses.

He also added that the whole country wanted to name the Padma Bridge after Sheikh Hasina because it came true only because of her initiative and courage.